FacebookTwitter
“I just wish that the media would get honest about its coverage of Covid,” McCance-Katz told embattled Department of Health and Human Services spokesman Michael Caputo in the HHS “Learning Curve” podcast Friday. “For children this is not a life-threatening illness.”
McCance-Katz, who was appointed to SAMHSA by Trump in 2017, acknowledged that children do get severe symptoms from the virus “in rare cases,” but said “with a great, great majority of children this is not a serious illness,” something Trump has also repeated for months.
“And when we put them in school with safety measures in place, why can’t they go to school?” she said at one point in the interview. 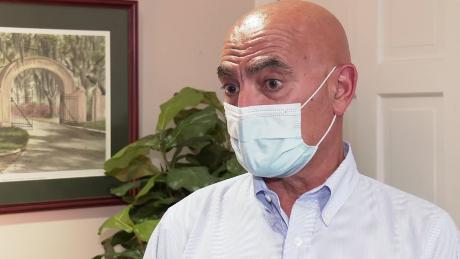 Operation Warp Speed adviser says media criticism slows coronavirus fight
Many studies have shown children do get Covid-19 and do die from it. They also can spread the virus to others. The American Academy of Pediatrics says more than 500,000 children have been diagnosed with the infection.
Read More
“So, lost in all of this response to Covid and nonstop 24/7 horrors of Covid and if you can’t find something to talk about, it appears to me they make things up. It just does,” McCance-Katz said at another point in the interview, referring to media coverage of the pandemic.
McCance-Katz also expressed dismay with the way states have tried to handle the surging pandemic.
“There was no agreement to this nonstop restriction and quarantining and isolation and taking away anything that makes people happy,” she said. “You can’t go to a movie. You can’t go to a football game.”
McCance-Katz, a psychiatrist with a Yale doctorate in infectious disease epidemiology, argued at one point that the shutdown last spring was too severe.
“I’m going to say it,” she said. “We shut down the entire country before the virus, in my opinion, had a chance to get around the entire country. … We used a sledgehammer when I think we needed a scalpel.”
She contended the shutdown itself, not the pandemic, actually killed thousands.
“When you shut down an entire healthcare system, when you do that, you want to talk about the vulnerabilities, the obesity, the diabetes, the cardiovascular disease, the pulmonary diseases that puts you at greater risk for morbidity and mortality from Covid, but you take away the people’s ability to get any health care,” she said.
“All you’re doing is making certain that if they do become infected, it’s going to have the maximum possible negative effect on them and it will end in death for thousands — which is what we’re seeing, and it’s just awful.” 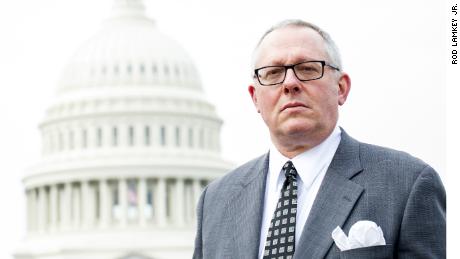 Top HHS spokesman apologizes to staff for accusing government scientists of sedition
McCance-Katz argued that getting the economy and schools reopened is integral for Americans’ mental health.

Caputo, who apologized Tuesday to HHS staff for accusing government scientists of sedition in a wide-ranging series of posts on Facebook Sunday, interviewed the head of Operation Warp Speed, Dr. Moncef Slaoui, last month on the HHS podcast.
In that podcast Slaoui, a former pharma executive, also criticized the media, complaining at the time that he never expected to encounter what he considers unfavorable media coverage.
“I’m amazed that I’m being attacked on a personal basis in a way that, frankly, distracts my energy and energy of all the teams that we’re working together with to deliver, and therefore decreases our chances or the speed with which we try to help humanity and the country resolve and address this issue,” Slaoui said.
In both interviews, Caputo also attacked media coverage.
“And because this is the Trump administration, you don’t realize it, I guess, maybe when you were offered the position, but part of the deal is you go ahead and you fasten a target on your back, don’t you?” Caputo asked Saoui.
“Yes. Honestly, I think I was naive when I made the decision,” answered Slaoui, who spent 30 years at drug giant GlaxoSmithKline, including as chairman of global vaccines.
“I thought that, you know, the press in particular was informing, but I am now convinced factually that the press has only one objective, which is to shape opinions and to distort information in a way that allows to shape an opinion,” Slaoui added. “And I find that unethical, extremely disappointing. And I really hope society will drive towards changing that back to more normalcy.”
Caputo, meantime, said in his Facebook post Sunday that he was under attack by the media, that his physical health was in question and that his “mental health has definitely failed.”
FacebookTwitter