FacebookTwitter
Jensen Ackles and Jared Padalecki were filming their show in Vancouver, Canada, with two episodes worth of production standing between them and the conclusion of a story that’s taken 15 years to tell.
Then, on March 13, production on the show about a pair of monster-hunting brothers that have survived more than an apocalypse or two over the years was shut down amid the spread of coronavirus.
“When we went on pause, all focus then shifted to, ‘What is this pandemic going to be like?’ ‘Are we on the doorstep of the apocalypse?” Ackles remembers on an early afternoon Zoom call with Padalecki and CNN.
Other television series that were shuttered opted to wrap their seasons early as a result of the widespread production shutdowns, forgoing their planned season finales and instead finding as natural of a place as they could to close out their stories for the year.
Read More
“Supernatural,” with its end set in stone, didn’t have that luxury. And for months, they felt like firemen, Ackles says, waiting for the call that would have them report for duty as road-tripping duo Sam and Dean Winchester once again.
It eventually came and on Thursday, the show will begin airing its final seven episodes on The CW.
“It’s been a rollercoaster to say the least,” Padalecki tells CNN. (“Supernatural” is produced by Warner Bros. TV, which like CNN is owned by WarnerMedia.)
In more ways than one, really.

The Road So Far

“Supernatural” began in 2005 on the now-defunct WB Network. For context, Twitter launched the next year, and Netflix didn’t begin offering streaming until 2007.
Ackles and Padalecki — now both married with six kids between them — were 26 and 23, respectively, when they dove into roles that would see their characters go to hell and back, literally.
The show also went through trials — the merging of WB with UPN (which created The CW), new showrunners and writer’s strikes, to name a few. 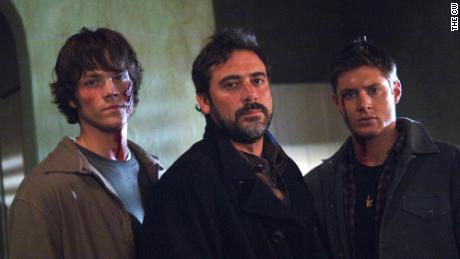 But it chugged on, earning a loving reputation among the cast and crew as being “the little show that could” and growing its “Supernatural” family on camera (with key additions like Misha Collins) and off. Thanks to streaming and syndication, it boasts a generationally diverse fanbase and a wider spectrum of viewers than anyone ever anticipated them to have, Ackles says.
“I’ll never forget the first time that I was signing autographs and a girl, a woman and an older woman all came up to me and it was a mom, daughter and the granddaughter — three generations. And they all watched the show together,” he says. “And we started seeing that more and more that the audience was becoming younger.”
They get a first-hand evidence of this during “Supernatural” conventions, which, during non-pandemic years, fill hotel ballrooms across the country with thousands of fans several times a year.
At one event, a fan asking a question looked so young, Padalecki inquired about her age.
“Not in a creepy way!” Padalecki interrupts, as Ackles recounted the story.
“Yes, not in a creepy way! Just like, ‘Wow, you seem awfully young to be asking a question about a show that’s been on [so long],'” Ackles says. “And I knew where you were going. You were wanting to see if the show was older than she was, and it was.”
The actors talk like that a lot when they’re together — finishing each other’s story or thought midway. It’s a side effect of 15 years worth long nights on set and countless press days together.
On this morning, Padalecki, on a road trip back home to Texas from Vancouver, is chatting from a hotel in Idaho. In Austin, he will soon begin production on a reboot of “Walker, Texas Ranger,” in which he plays the title role.
Ackles will for his next gig — a role in Amazon’s “The Boys,” which is run by “Supernatural” creator Eric Kripke — once again work in Canada. 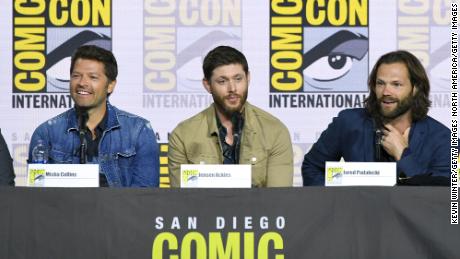 They admit it will be an adjustment.
“For me, I’m now a guest in somebody else’s house. As for Jared, he’s going to be building a new house with a whole group of new faces,” Ackles says. “So it will be different, and that’s probably when he and I will call each other and be like, ‘I miss you so much!'”
Padalecki hopes he can recreate a version of what they built on “Supernatural” with his new fellow cast members and crew.
“It takes a while. A true relationship is built over time,” he says. “On ‘Supernatural,’ we went through deaths and births and marriages and divorces… and heartbreak and the honeymoon phase of falling in love — [and] not just us. We both started dating our wives that are now the mothers of our kids during the show.”
“Oh, I thought you meant we fell in love,” Ackles quips.
“We fell in love, too,” Padalecki jokes.
When I add that plotline was only in fan fiction, Ackles retorts, “Or was it?”
Padalecki erupts in laughter.
“There it goes the internet.”

Padalecki and Ackles say their love for the show runs deep, especially so now that it’s in the rear view mirror. They wrapped just days before we spoke.
The day before, Padalecki says, he caught the last minutes of the season 2 finale — the first that used Kansas’ “Carry On Wayward Son” during the recap of the season, something that became a tradition. The episode was airing on television while he was at a gym and nostalgically couldn’t resist watching. (He says he’d really hoped someone would catch him watching himself on TV, but no one did.)
“It’s a great show, and I’m not talking about Jensen or myself. I’m just talking about the show is awesome,” Padalecki says. “It’s really humbling, and it’s so cool to have been a part of. And, I guess, be a part of forever.”
Both say they’d like to do conventions again, especially since by that point, the finale will have aired, and they can speak about it openly. 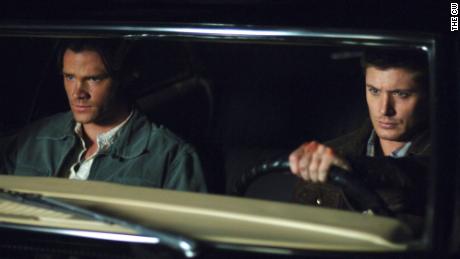 Until then, they can only tease that it was an emotional conclusion.
“If you’re not crying before the last scene, then you don’t have a soul,” Padalecki says, but it’s not clear if he notes the irony of the statement, considering his character lost his soul at one point.
Though television shows are typically filmed out of order, efforts were made to have the last moments of the show be the last scene they filmed.
This, combined with the lack of cell service at their location, allowed them to be fully present, they said.
“In a really strange way, the finale that we just finished last Thursday is, in hindsight, the finale I would have always wanted,” he said.
The tears viewers see on screen will be real, they both said.
“I think it’s actually a really beautiful moment, not just for he and I, but for the crew and for everybody there, because there was a finality to it,” Ackles said. “And then we popped some corks and had some speeches, and it was a really nice moment.”
A celebration, you could say, of “the little show that could” and all it did.
FacebookTwitter