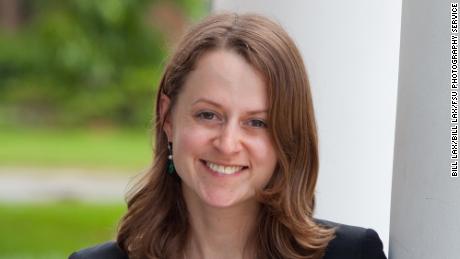 On Monday, Justice John Roberts joined his liberal colleagues in a 5-4 decision voting to strike down a Louisiana law that required abortion doctors to have admitting privileges at a clinic within 30 miles. The majority delivered a scathing indictment of Louisiana lawmakers. Writing for the plurality, Justice Stephen Breyer cited evidence that “opposition to abortion played a significant role in some hospitals’ decisions to deny admitting privileges.” But Roberts hardly embraced the right to choose with his decisive agreement with the majority. Instead, he emphasized that the Court had struck down an identical Texas law just four years ago, in Whole Woman’s Health v. Hellerstedt.
Roberts has argued that there are no Trump judges and no Obama judges. He cares about keeping the Court above the political fray. His respect for precedent made the difference in his decision to block the controversial Louisiana law.
The question now: What’s next for the antiabortion movement? For decades, fetal rights have been surprisingly absent from the abortion wars. No one ever stopped talking about a right to life, but major players in the antiabortion movement often pivoted to a different strategy: arguing that women had never benefited from abortion rights in the first place.
This strategy explains the law just struck down by the Supreme Court in June Medical Services v. Russo. Louisiana argued that admitting privileges protected patients against dangerous doctors — and insisted that doctors should not have been able to sue over this law in the first place because abortion hurts women. But arguments about protecting women don’t stop there. We’ve seen laws saying (inaccurately, according to many leading medical organizations) that abortion increases the risk of everything from suicidal ideation to psychological trauma and breast cancer.
Read More
The reasons for this switch were clear. Some pro-lifers believed that abortion hurts women and wanted the world to know. Some formed support groups like American Victims of Abortion. But strategy certainly played a part. A string of attacks on clinic and murders of doctors in the late 20th century convinced many that abortion foes were anti-woman. And the Court’s landmark decision in Planned Parenthood v. Casey saved abortion rights because women could rely on abortion to achieve more equal citizenship. To undo abortion rights, abortion foes believed, they would have to show that Casey got it all wrong — abortion doesn’t make women more equal; it makes them sick.
June Medical just made it much harder to pass woman-protective laws. And for this reason, the Court’s decision is likely to supercharge a trend already all too visible in abortion politics: a refocus on fetal rights. Last year brought a wave of sweeping bans, all without exceptions for rape and incest. More incremental laws ban later procedures or specific techniques. Some claim to prevent fetal pain. Others zero in on the uncomfortable details of abortion procedures. All are unapologetically focused on fetal life. And some laws seem especially likely to undermine efforts to paint the pro-life cause as pro-woman.
Think about the lack exceptions for rape and incest in recent abortion bans. Or look at a wave of recent laws that zero in on the reasons women choose abortion, suggesting that some end pregnancies for racist, sexist, ableist or trivial reasons. 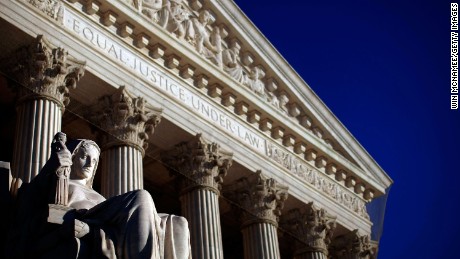 Supreme Court abortion case gives me scary deja vu
A focus on fetal rights might make legally strategic sense. Pro-lifers have lost twice in the Supreme Court when pushing a law that claims to protect women. The movement’s most recent victory, by contrast, involved fetal life — and later abortions. Gonzales v. Carhart upheld a federal “partial-birth” abortion ban, arguing that lawmakers have more room to maneuver when science is disputed. Abortion foes have tried to follow the Gonzales blueprint in banning abortion at 20 weeks and prohibiting the most common second trimester abortion procedure.
At its grassroots, the antiabortion movement has always focused more on unborn life — after all, most joined the movement to defend what they see as a fetus’s right to life, not the need to protect women. Recently, many have abandoned a focus on women entirely. Since last year, nine states have passed absolute bans or heartbeat bills that ban abortion early in pregnancy, and without exceptions for rape and incest.
But those who litigated June Medical and who are reading the decision closely understand that it won’t be so easy to move beyond a woman-protective approach. Abortion foes have long had to overcome an anti-woman image, one forged in the years when attacks on abortion clinics (and the murder of abortion doctors) spiked. Focusing on women presented a kinder, gentler image of a movement still fighting to win over the American public. And since the 1990s, sophisticated pro-lifers have believed that the only way Roe will fall is if Americans believe that women no longer want or need abortion rights. Anything less, such pro-lifers believed, might produce a damaging backlash — or make the Supreme Court hesitant about getting rid of abortion rights in the first place.
So after June Medical, a paradox faces the antiabortion movement. If abortion foes still care about public opinion or victory in the Supreme Court, there is no way to cede arguments about women’s rights to the opposition, but at least with this Supreme Court, there may be no way to win with them either.
FacebookTwitter

A Rescue Plan for the Planet? Watch Our Debate Here.

She’s an Authority on Earth’s Past. Now, Her Focus Is the Planet’s Future.

Adrian Gomez, Who Cared for Migrant Youth, Is Dead at 52