FacebookTwitter
The Pole with the huge forehand ended the surprising spell of a fellow unseeded player, Nadia Podoroska, with a 6-2 6-1 win in still blustery Paris to become the first player from her country to reach the finale at Roland Garros in the Open Era.
She hasn’t dropped a set yet and has only conceded 23 games — an average of fewer than four per outing.
“I’m kind of surprised because I never would have thought before the tournament that I would play so good here but on the other hand, I always knew that if I’m going to be in the final of a grand slam it’s going to be at the French Open,” Swiatek, who won the French Open junior doubles crown and also made the junior singles semifinals in 2018, said on court in a post-match interview.
“So I’m really happy. It’s like a dream come true.”
Read More
Swiatek will face a grand slam champion Saturday in Sofia Kenin and rest assured the feisty American won’t be taking the 19-year-old fan of Guns N’Roses and AC/DC lightly. 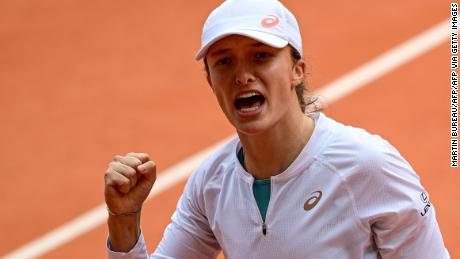 For now, Swiatek doesn’t want to think that far ahead.
“I’m just happy I’m in the final,” said Swiatek, also still in contention in doubles. “I don’t care what’s gong to happen. It’s just overwhelming for me.”
Kenin’s path to the final has been substantially tougher, including her 6-4 7-5 win over Petra Kvitova in the second semifinal when the wind kicked up further. Kenin simply played the big points better, converting four out of five break chances compared to two out of 12 for two-time Wimbledon winner Kvitova.
READ: Petra Kvitova reaches ‘miracle’ semifinal at the French Open
While Swiatek’s last two opponents might have been ranked outside the top 100, they were certainly in form.
And look who Swiatek beat in the first four rounds — last year’s finalist Marketa Vondrousova, crafty doubles grand slam winner Hsieh Su-Wei, resurgent former Wimbledon finalist Eugenie Bouchard and two-time grand slam winner Simona Halep.
After thumping a service winner on match point, the world No. 54 turned to look at her box with an expression that suggested, “what’s happening?” 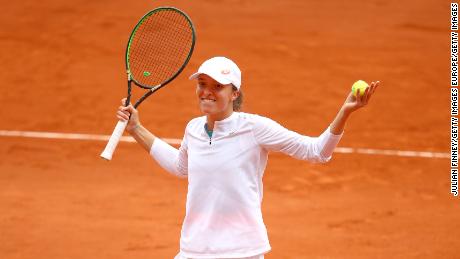 It brought back memories of Bianca Andreescu’s celebrations during her breakout US Open last year.
Swiatek, for the most part, just hasn’t let her opponents breathe during the fortnight. In five of her six victories, she has led by a break at the first sit down.
Against Podoroska, she was up 3-0.
But credit the qualifier for almost coming back in the opener. The Argentinean held a break point to pull to 2-3 but was halted by Swiatek, who hit 23 winners despite the cool, windy conditions and won nearly 70 percent of her service points.
Despite the defeat, it has been a career-changing tournament, too, for Podoroska. 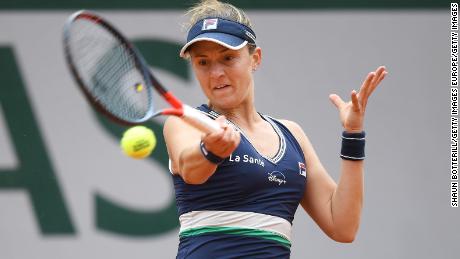 At 131st, she was the lowest-ranked woman to make the semifinals at the French Open and was a win away from becoming the first qualifier to make a grand slam final.
She also gave Argentina two semifinalists at the French Open, along with Diego Schwartzman in the men’s draw.
FacebookTwitter

Biden and Trump are failing the American worker

Trump puts his own spin on his health as doctors reveal little
READ: Criminal complaint alleging plot to kidnap governor