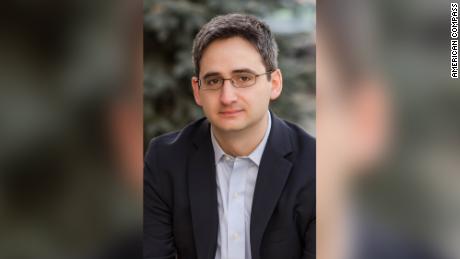 For struggling groups, the picture is even worse. For instance, take men with only a high school degree. In the 1990s, about 73% of them were working at any point in time. That figure fell below 70% after the 2001 recession and never bounced back. Then it fell below 65% following the Great Recession and stayed there through the long, slow recovery. When Covid struck, it went below 55%, and still remains below 60%. This decline represents 4 million fewer men working than had 1990s economic conditions persisted.
So, while ending the pandemic is obviously job one, the more consequential question for policymakers, and for presidential candidates Donald Trump and Joe Biden, is not how to get out of this particular mess but rather how to change the course of an economy that, through booms and busts, has been leaving much of the population behind.
How do we get businesses investing again, rather than merely disgorging profits to shareholders? When growth and investment do happen, how do we ensure that American workers benefit, and benefit broadly — not just in technology and finance, not just in select cities, not just college graduates?
Both candidates, in their own way, have fallen short in addressing questions like these. President Trump has offered little in the way of a second-term agenda. His campaign website literally has no section dedicated to issues, policies or proposals. Instead it offers a list of “Promises Kept,” leading with a section on “Economy & Jobs” that claims “President Trump jump-started America’s economy into record growth” (this is not true) and then highlights the 2017 tax reform that showed no sign of boosting corporate investment, according to analysis published by the American Enterprise Institute.
Read More 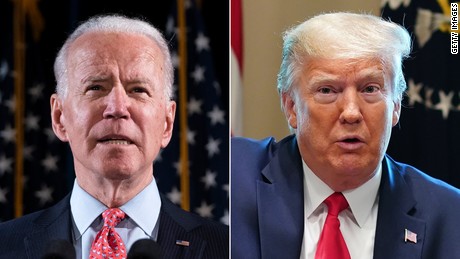 ‘It’s the economy, stupid’ all over again
Former Vice President Biden has no shortage of plans. Indeed, his website’s “Vision” page features 48 different sections, including separate “agendas” for the “Asian-American & Pacific Islander” and “Indian American” communities. Some facets of this vision show great potential: His “plan to invest in middle class competitiveness” includes infrastructure and training proposals. His “plan for K-12 education” places needed emphasis on career and technical education that can provide non-college pathways to good careers. His “plan to ensure the future is ‘made in all of America’ by all of America’s workers” at least gestures toward the importance of a robust industrial policy that could help domestic manufacturers thrive. Such ideas deserve applause.
But as some proverb surely goes, a man with a million plans has none. The important question is where Biden would focus his attention and, discouragingly, he seems largely committed to a repeat of the Obama administration that he helped lead. His formal acceptance speech at the Democratic National Convention, typically the most important address of a presidential candidate’s campaign, is illustrative. After leading with a mention of infrastructure, the former Vice President turned to “building on the Affordable Care Act,” spoke of education reform only in terms of helping college students, doubled down on America’s broken and increasingly irrelevant system of organized labor, promised millions of green jobs and ensured us that the wealthy will “pay their fair share” in taxes. Sounds familiar?
In principle, Biden’s mention of at least some important priorities are preferable to Trump’s general silence. In practice, though, his political coalition seems to be steering him into the same wall that Obama struck: Focus on college students and graduates, not the majority of Americans who won’t earn even a community college degree. Focus on hypothetical “green jobs” intended to replace the existing energy sector’s jobs, not a genuine industrial renaissance that by one analysis will require some fossil-fuel power. Focus on whatever Big Labor demands, not reforms that might revitalize the American labor movement at the expense of existing unions. Downplay the excesses of globalization, the abuses of China, the downsides of unrestrained immigration, lest one appear insufficiently progressive and “open.”
America tried this agenda from 2009 to 2016; the result was, as Biden accidentally argued in his same convention speech, “young people who have known only an America of rising inequity and shrinking opportunity.”
It is cliched, but nevertheless true, that doing the same thing and expecting a different result is insanity. A new mindset and new strategies are needed for America to turn an economic corner, so that its booms are longer and better, its busts shorter and shallower, and its prosperity shared more widely.
Top priorities should be boosting domestic investment and innovation and returning critical manufacturing and supply chains to our shores. Government should invest more aggressively alongside industry on technological breakthroughs, as it once did for semiconductors and jet engines. For some products, mandates should simply require that key components be made in America.
We have to build clear pathways to good careers that don’t just run through college campuses. For some people and some vocations, a leafy campus is the right next step after high school. For most, it is not. Even among those who do graduate from college, about 40% end up in jobs that do not require their degrees. Teenagers need the opportunity to earn practical skills and even spend time in the workplace. And then they deserve at least as much public support in employer training programs as they get in traditional higher education.
Once their careers are underway, workers also need to have real power in the labor market and representation on the job, without kneecapping employers in the process. Americans take for granted our dysfunctional system of “enterprise level” bargaining, where workers at individual companies must fight to organize and then bargain with their employer. This creates enormous hostility, and it places companies that do unionize at a competitive disadvantage.
An alternative, which is already standard in many western democracies, is called “sectoral bargaining.” Instead of the organizing and bargaining happening company by company, trade associations representing all of an industry’s employers, and unions representing all of the industry’s workers, negotiate employment rules that will apply industry-wide. Workers help determine how their workplaces will operate, and employers win in the marketplace with innovation, productivity, and service instead of trying to undercut each other on labor.
Both Biden and Trump have said and done things that could suggest an interest in major industrial, education and labor reform. Neither has indicated he is serious.
FacebookTwitter