FacebookTwitter
Former two-term Gov. John Hickenlooper, who ran a short-lived campaign for the 2020 Democratic presidential nomination, is the national party’s pick to take on Gardner, one of two Republicans facing reelection in a state Hillary Clinton carried in 2016.
But Hickenlooper, long seen as the Democratic frontrunner, faces competition from former state House speaker Andrew Romanoff, whose challenge from the left gained momentum after Hickenlooper suffered from a series of negative headlines in June.
Romanoff is no stranger to campaigns. He unsuccessfully challenged newly appointed Sen. Michael Bennet in a 2010 Democratic primary. Four years later, he lost a bid for a Denver-area House seat. Now he’s running for the Senate nod, campaigning on “Medicare for All” and the Green New Deal.
Hickenlooper has statewide name recognition, large campaign coffers and the powerful backing of outside groups spending on his behalf. But missteps on his part may have, at least temporarily, shaken his apparent advantage. In a sign that his allies were getting nervous, a new pro-Hickenlooper super PAC started spending more than $1 million attacking Romanoff last week. That’s given Romanoff fodder to call Hickenlooper’s pledge to get dark money out of politics hypocritical.
Read More
Hickenlooper has recently tried to clean up past remarks. He said he “tripped” when he said that “Black Lives Matter” means that “every life matters” — a description activists say discounts the systemic discrimination against Black people. He apologized for resurfaced comments he made in 2014 comparing politicians to slaves being whipped to row “an ancient slave ship.” 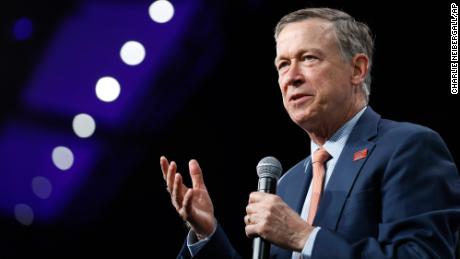 2020 primaries: 4 things to watch in Tuesday’s contests in Colorado, Utah and Oklahoma
Republicans have zeroed in on Hickenlooper’s ethics violations, releasing ads bashing the former governor during the Democratic primary. The state’s Independent Ethics Commission first found Hickenlooper in contempt for defying a subpoena to show up for a remote hearing. Then after he did testify virtually, the commission fined him earlier this month for twice violating the rule against accepting gifts when he was governor, even though it dismissed most of the allegations against him.
“Chuck Schumer’s top-tier recruit needed a last-minute bail out to get over the finish line of his own primary, but no amount of dark money will erase the fact that Hickenlooper has repeatedly betrayed the trust of taxpayers and continues to hide the truth from voters about his corporate-paid travel as Governor,” said National Republican Senatorial Committee spokesperson Joanna Rodriguez.
Romanoff has piled on to the GOP attacks, running an ad that says, “We can’t take this kind of risk if we’re going to beat Cory Gardner” and calling for a “fresh, progressive voice in the Senate.” But national progressive icons like Massachusetts Sen. Elizabeth Warren and Georgia 2018 Democratic Gov. nominee Stacey Abrams, as well as New Jersey Sen. Cory Booker have all recently endorsed Hickenlooper.
“John Hickenlooper is one of Colorado’s most popular public officials after his successful two terms as governor, he’s got a record of winning tough statewide races, and it’s clear that Republicans are attacking him now because they know he’s the strongest candidate to beat Cory Gardner,” said Democratic Senatorial Campaign Committee spokesman Stewart Boss.
Hickenlooper’s allies have attacked Romanoff on his support for 2006 immigration bills, trying to make the case that he has not always been as progressive as he now says he is.
“Whatever momentum existed for Romanoff got stalled about a week ago, 10 days ago,” said Colorado-based Democratic strategist Rick Ridder, who’s not working for either candidate, on Monday.
Gardner is one of the most vulnerable incumbents of 2020. Clinton won the state by five points in 2016, the first election cycle when every state voted for the same party in both the presidential and Senate races. Democrats need to win at least three seats to take control of the Senate and view Colorado as a prime pick-up. 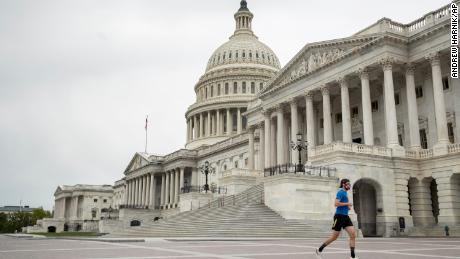 Democrats are slight favorites for Senate control
Hickenlooper had spent about $6.7 million by the end of the pre-primary reporting period on June 10 — more than three times what Romanoff had spent — and that’s independent of the millions of dollars national Democratic groups have spent for him. Hickenlooper ended the period with nearly $6 million in the bank, compared to Romanoff’s $792,000, according to filings with the Federal Election Commission.
If Hickenlooper wins the nomination, he’ll be the second failed 2020 presidential candidate who said he wanted no part of the Senate but is now trying to flip a red Senate seat. Both he and Montana Gov. Steve Bullock faced pressure from the national party to use their statewide name recognition to take on Republican incumbents. Gardner has already used that original lack of enthusiasm for the Senate against Hickenlooper in an ad where he says, “To do this job, you probably need to want this job.”
But Hickenlooper’s supporters say that the former governor will defeat Gardner despite his latest struggles, due in part to President Donald Trump’s unpopularity in the state.
“No amount of fumbles or bumbles, or missteps, or foot in mouth moments that John has had, and he’s had many, but none of them will amount to the heavy dead weight that Donald Trump has around Cory Gardner,” Alan Salazar, a former top strategist for Hickenlooper, told CNN last week.